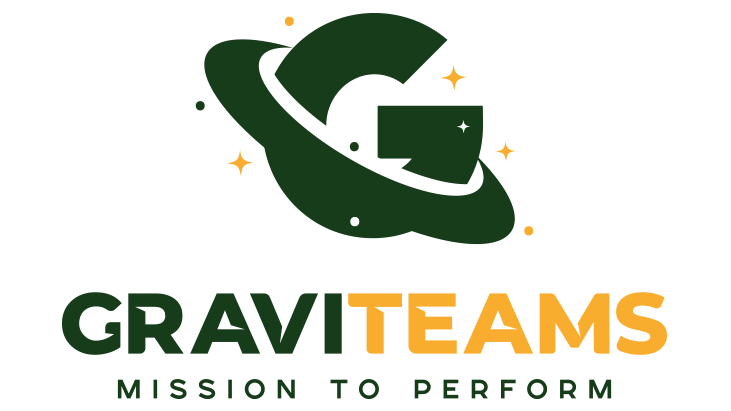 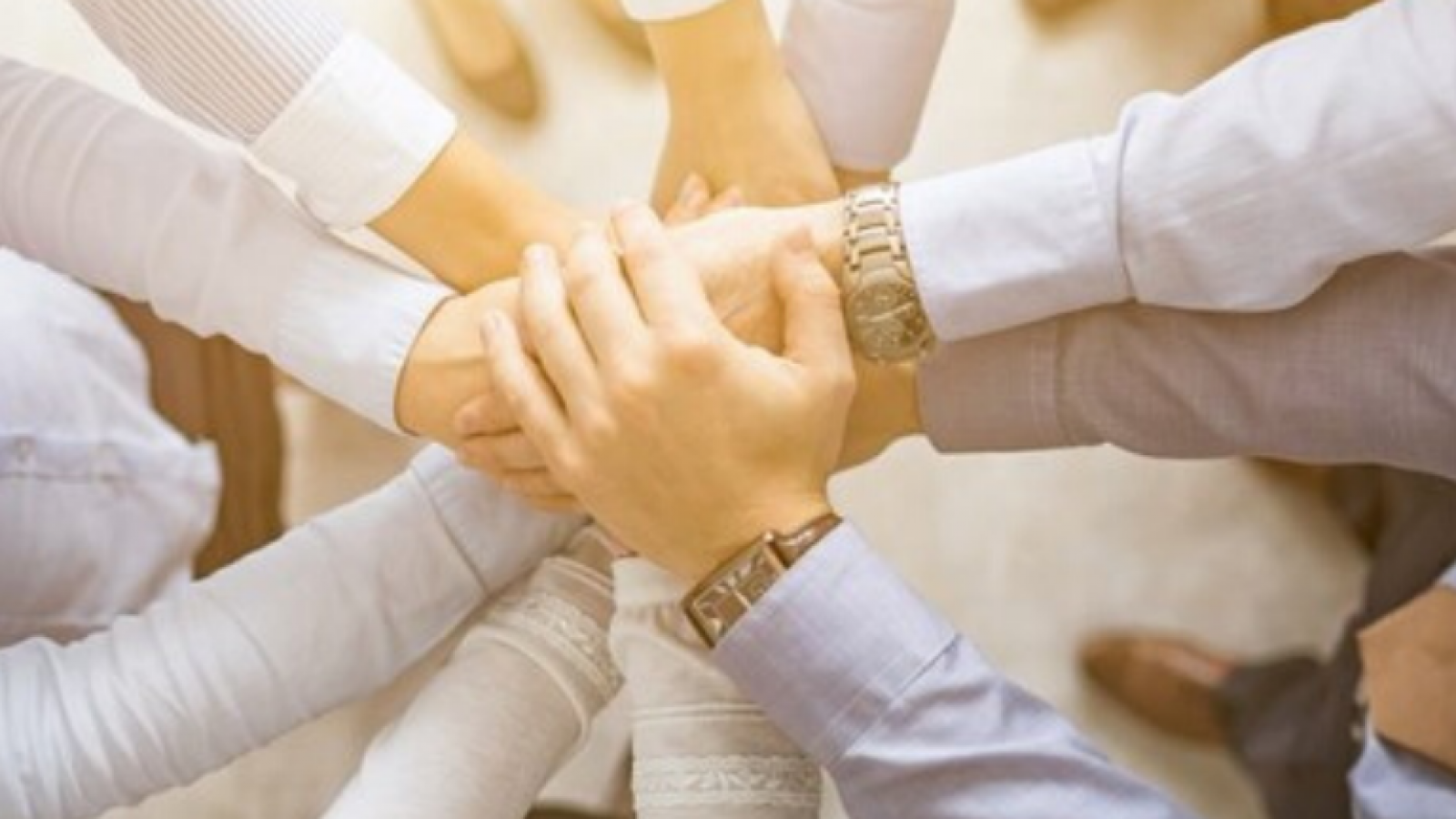 Nowadays our organisational challenges are so complex, that no single person can solve them. Instead, it requires a team, an outstanding, motivated, engaged and cohesive bunch with a strong vision and hunger for success. The better they work as a group, the greater the success. They stick together, because combined they outperform the sum of the parts on any scale.

Advantages of having a strong, cohesive and well-performing team are hard to count. We name a few.

How essential is a strong team for a business to be successful?

Many organisations place strong emphasis on leadership. Good leadership is very important, and it is the leader’s job to have a positive mindset, to be strong, humble and committed and to create and develop new leaders. But it is most essential for a good leader to have the skills and the courage to put the team together. Like single puzzle pieces would form a picture. If the pieces lie around lose, or if they form separate pictures, which contradict each other, then the energy, motivation and skills of the team members might turn into frustration, confusion, conflicts of interests, conflicts of roles and conflicts of viewpoints. The lacking ability to contribute each other’s best only adds to destructive team dynamic.

What does it mean for the organisation? Priorities are determined by whoever is the loudest, and not by what is the best. Allocation of responsibilities has more to do with prestige, than with the individual strengths. It is not obvious, whether the tensions in the group are to be attributed to the factual content or to personal disliking. In the extreme, it is possible to lose the sight of the goal completely and spend endless time in unproductive meetings around destructive power struggles.

Upon influence of someone with power and loud voice, businesses might become susceptible to a range of organisational inefficiencies:

–     Implementing processes, which are not followed by the employees.

–     Spending tons of money on control mechanisms, which are not effective.

–     Acquire tools, which are not used as intended.

–     Develop training programs and deliver training for the skills, that never make their ways into practical application.

Organisations might miss their changes to grow, develop, attract the best talents and keep up with the quickly changing world.

What are the secrets to creating outstanding teams?

First of all, people need to want to become a team, to hear and respect each other, to collaborate on the way to a common solution and to hold each other accountable for making things happen.

1. Hire the best people. If you are in the position to put a team together, make sure to hire the best people. Not meaning the required skill set, although this is obviously a prerequisite. Instead, look for the right mindset. It is a lot easier to work with people who understand and share your company’s values, than to convince people to do so. Hire people for a cultural contribution over the cultural fit, increase the diversity and allow the team to expand its collective knowledge, background and creativity.

2. Get the group dynamic right. Creating a cohesive team takes time and effort. If the team was just formed, it needs to go through the process of team development. Allow for forming, storming and norming before it is ready to perform. Designated training and activities might help, but with good facilitation and a bit of time, you can let your team grow together by doing its actual work. Start with the tasks on the team’s agenda, for example goal setting, strategic planning or developing of the team charter. Just make sure to watch, lead and pace and allow time to let things happen. If the team is not newly formed, check in which stage it is and whether there any signs of unclear roles or swept under the carpet conflicts.

3. Align expectations. Any team should have a common goal. But formal goals or slogans do not necessarily lead to the aligned understanding among the team members. In this case it is possible, that the expectations diverge. It is the job of the leader to communicate a clear direction, where the team should be going, set goals and expectations that stretch and inspire, but are feasible and motivate to take on the challenge. Ask for feedback and facilitate a discussion within the team – this is the best way to find out, if something has been misunderstood, or if any of the perspectives might contradict the common goal. A good way to start a deep discussion, is to ask people to define their contribution to achieving the goal. This might reveal some misunderstanding and might event sharpen the goal itself.

4. Define roles. It saves energy, if the team members know, what they are responsible for. No need for dogmatic job descriptions, but it helps, if there is a dedicated person in charge of particular duties. Very important, that these are based on the aligned expectations. Clear roles create transparency on whether the individual work load is manageable, and whether the tasks are distributed fairly.

5. Agree on team rules. The team should be clear about the roles and responsibilities, task delegation and decision making, communication, escalation procedures, operational processes and the use of available resources. Find your way to create a team charter – there is no right or wrong here. But make sure, the team is committed to it.

6. Foster creativity. Creativity is often nothing more, than an unexpected combination of already known ideas. And it may take a colleague to combine your ideas in an unexpected way to make a breakthrough. The secret to team creativity is to create an environment, which is safe for experimenting, trying and failing and quickly learning from the mistakes. Some techniques might be particularly helpful for thinking outside the box and changing perspectives. Try storyboarding, if you like: brainstorm the ideas first and put them then into a logical order to create a “story”.

7. Create a culture of trust and psychological safety. All of the said above – the ability to smoothly move from storming to norming to performing, the discipline to define rules and to hold each other accountable, or the ease of opting-in a new member, are easy in a positive and trustful team culture. Culture is not directly definable or observable. It reveals itself in behavioural patterns, which are driven by interwoven individual values and mutually influenced beliefs. Be sure, about beliefs and values you want to adopt, and work on your “culture by design”, one step at a time, instead of just drifting into a “culture by default” with unknown and unwanted assumptions and underwater stones.

At the end, strong, committed, organised, cohesive and engaged teams have the potential to solve challenges and make innovative breakthroughs, like no individual ever could. It is rewarding, inspiring and fun to work in a team with positive dynamic and trust. It takes effort to build it, but this effort is highly rewarding. If you as leader, as a CEO, as an HR manager, or whichever role you hold while having team building on your agenda, take your chance to get the team right. Strive to create a team, that not simply puts its puzzle pieces together, but is able to reinvent itself. By adding shapes and colours it can produce a different picture, like a kaleidoscope. Depending on goals, priorities, changing market conditions, or social and economic disruptions, it will always be able to come as a winner.

Have more ideas on how to tap into the teams’ potential? Let us know by sharing your story.